Two deputies are recovering after being shot at by a suspect who was the subject of a 911 call late Thursday night. Authorities say the incident began with a 911 hang up call that led police to a home in the northwest part of Jefferson County. 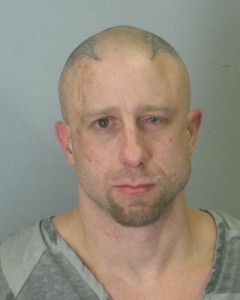 Deputies went to check it out, and that’s when 40-year-old Shawn Nims fled the home in Cedar Hill. He had an active felony warrant out for his arrest.

Then, early this morning around 2 a.m., two deputies returned to the home from which Nims fled. As two the officers went into the basement, Nims was waiting for them. He fired twice on the officers, striking one in the leg and another in the shoulder. The officers returned fire but Nims was not hit.

Six hours later, Nims was found at a second residence — that of a possible old girlfriend.  Jefferson County Sheriff Glen Boyer says good police work is what led them there.

Sheriff Oliver “Glenn” Boyer stated in a press release that “in regards to the manhunt for Shawn Nims, at approximately 8:20 a.m. while conducting a search of a residence in the 7300 block of Cedar Dr. Cedar Hill, Nims exited the residence by way of a front window armed with a military type rifle.  A Law Enforcement Officer fired at Nims striking Nims who is deceased at the scene.”

The two injured deputies — 22-year-old Nina Osia and 43-year-old Michael Toombs — have since been released from the hospital.
The investigation to why he ran from police for a felony warrant is ongoing.

Stuart McMillan with Missourinet affiliate KJFF contributed to this report.