The Attorney General’s office is suing a company in St. Louis for its refusal to turn over nearly $40,000 for honor flights to Washington D.C. that never happened. 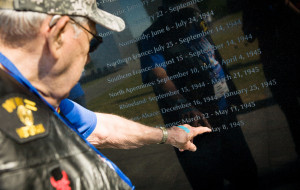 “Two of the veterans that were scheduled to go on that flight have since passed away,” Bindbeutel said. “They won’t get an opportunity to visit the memorial and honor their brothers and sisters that fought alongside them. That’s why we took the lead in this case. Because we believe this was such an egregious situation where our war veterans were promised flights, there were scheduled flights, and those flights act had to be cancelled. That was not a situation we were going to leave to the private parties involved.”

He says the squabble has been going on for some time, and “that’s not a position we want our veterans in … that’s not why people contributed to this charity.” 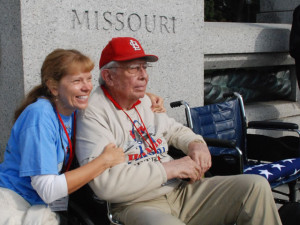 Koster says Kendallwood Hospice closed the bank account holding Honor Flight donations of at least $39,878.72, and opened a new account at a different bank with a Cashier’s Check in same amount. As part of today’s lawsuit, the Attorney General obtained a temporary restraining order freezing $39,878.72 of Honor Flight donations within the new account. 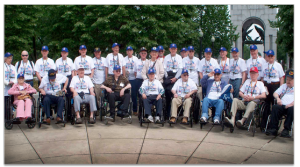 Bindbeutel says that ensures that the funds cannot be siphoned off before the case goes to court, which is scheduled for mid October.

Koster’s lawsuit accuses Kendallwood of engaging in deceptive and unfair practices, improper use of charitable gifts, and violating Missouri law governing non-profits. The suit asks the court to demand Kendallwood Hospice distribute all funds collected on behalf of Honor Flight as well as pay civil penalties and court costs.

For more about the program, visit http://honorflight.org.

The next trip scheduled by Central Missouri Honor Flight — http://centralmissourihonorflight.com — is Oct. 15.

For information on honor flights in the Kansas City area, visit http://www.heartlandhonorflight.org, and in St. Louis, http://www.gslhonorflight.org. The Greater St. Louis Honor Flight program takes flight Oct. 8, and has another trip set for Oct. 22.