A Royals fan who claims he suffered a detached retina when Sluggerrr the Mascot hit him in the face with a hot dog has taken his suit all the way to the Missouri Supreme Court. 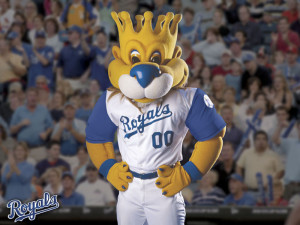 Sports fan John Coomer is suing the Kansas City Royals for $25,000 on a claim of negligence. His attorney, Robert Tormohlen tells the Supreme Court Sluggerrr knew better, and had been trained on how to “throw the hot dogs lightly,” and “was well aware that if he winged a hot dog at someone, he could seriously injure that person.”

Judge Richard Teitelman asks if Coomer should have anticipated the risk, seeing that Coomer has been to more than 175 games. Judge Laura Denvir-Stith continued that line of questioning, pointing out that sports fans attend games not only for the game itself, but for the spectacle that comes with it.

The incident was reported in 2009; a jury ruled against Coomer in 2011, saying Coomer assumed the risk of a hot-dog-related injury when he bought his ticket to the game. Tormohlen says there’s a difference between a hot dog and a t-shirt … he says the foil-wrapped dogs are essentially four-and-a-half ounce projectiles.

According to court documents, the suit alleges that “Sluggerrr lost control of his throw or was reckless with his throw, and threw the hotdog directly into the Plaintiff.”

Kansas City Royals Baseball Corporation attorney Scott D. Hofer said the trial court correctly responded to Coomer’s claims. He said Coomer acknowledged that he saw the motion of the throw, people cheering in his section and looked away.

“In this day and age, the 21st century, there’s no way you don’t know that these types of activities were taking place,” Hofer says.

The Supreme Court will hand down an opinion at a later date.