Missouri State Representative Jeremy LaFaver (D-Kansas City) announced this morning that he has asked to step aside as chair of the House Democratic Victory Committee.

“The goal of electing Democrats to the House is too important to the middle class men and women of Missouri for my personal embarrassment to become a distraction, and I have therefore asked the Minority Leader to let me step down from the chairmanship,” LaFaver said in a statement.

The Missouri Republican Party has issued the following statement.

“Missouri Republicans are calling on Democrat Rep. LaFaver to walk the walk and take genuine responsibility by resigning from the Missouri House of Representatives. LaFaver has broken trust with the people by behaving with direct and open disrespect for the law and courts,” said Matt Wills, spokesman for Missouri Republican Party.

House Minority Leader Jake Hummel (D-St. Louis) has issued a statement, saying, “Representative LaFaver’s actions were unfortunate and he will face consequences as a result. One of those consequences is that he has resigned as chairman of the House Democratic Victory Committee, and I accepted his resignation.” 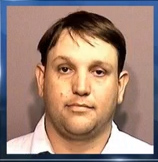