People in urban areas can usually count on an ambulance to show up quickly, in case of a heart attack, stroke, or car accident. But according to a rural advocacy group based in Columbia,  in many outlying areas, with recent sequestration cutbacks, lack of Medicaid funding, and other financial issues, it can be a long–and sometimes deadly–wait. 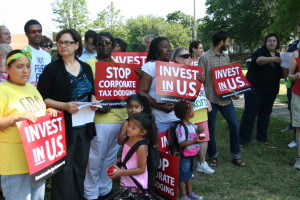 Spokesman Brian Smith, with the Missouri Rural Crisis Center, says in an area in the Bootheel, near Kennett, some people are 40 to 50 miles away from an ambulance.  Hospitals in St. Joseph, Liberty, Columbia, and elsewhere in the state are in the process of cutting back ambulance services, laying off nurses, and are leaving empty positions unfilled. But Smith says Missourians can help, by talking to their Senators in Washington, and to their state and local legislators, and asking them to make sure medical funding stays in place.