Missouri assessment tests show some gains in science, but a decline in math skills. 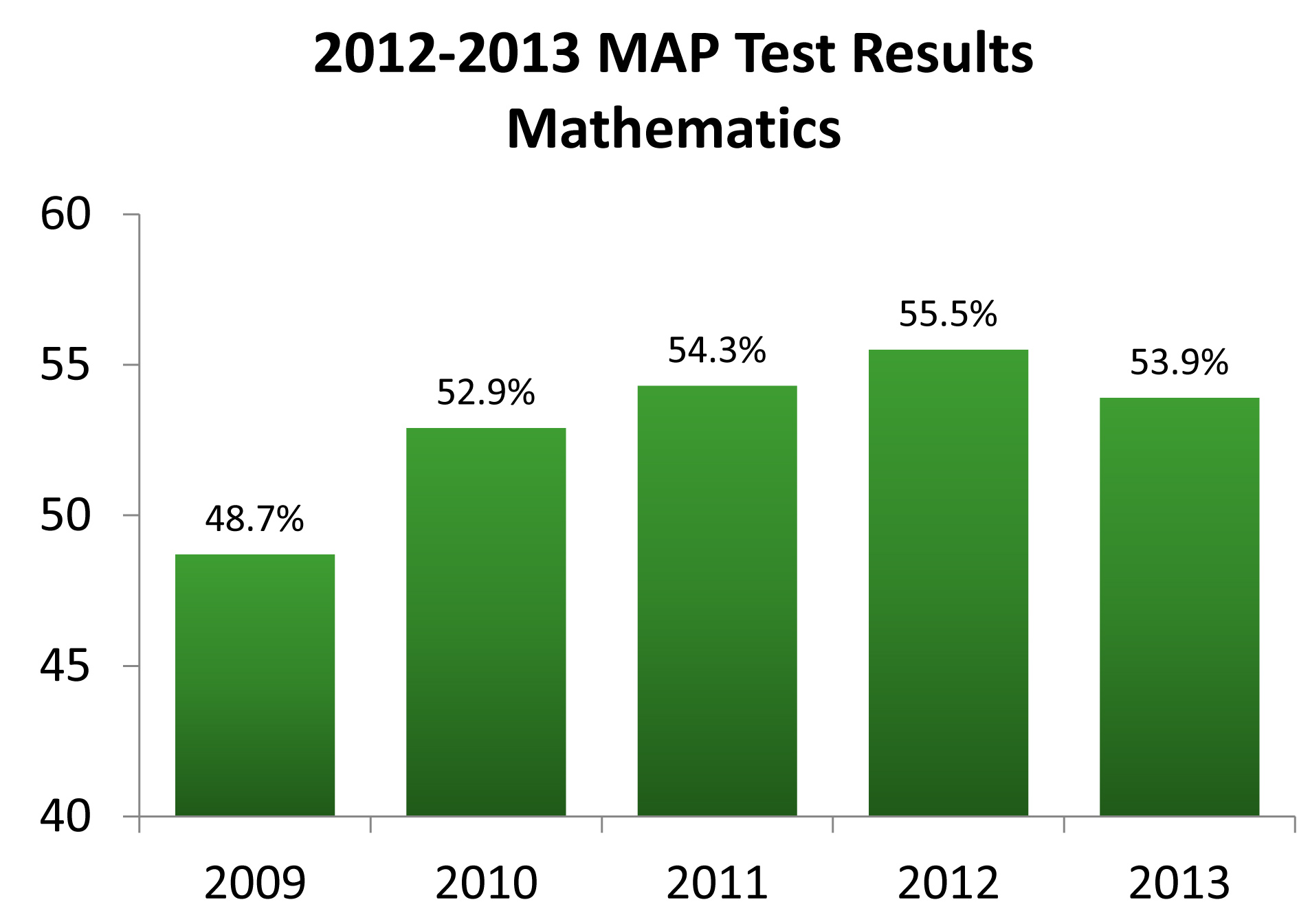 Education Commissioner Chris Nicastro says the Department of Education is pleased to see higher scores this year in science and biology, where she says teachers’ hard work has paid off, but that the state as a whole needs to work on math skills. Language Arts scores were mostly flat over the previous year.

Several St. Louis and Kansas City school districts continue to struggle to regain accreditation. Nicastro says the department will work with teachers and administrators at schools that are unaccredited or are provisionally accredited to get students to a level of proficiency in core subjects. She says schools with poor marks will not automatically lose their accreditation based solely on one year of low MAP scores … that it takes two or three years of failing performance before the department takes that action.

Education officials hope the scores will open the door to dialogue between parents and educators.

Nicastro says there is a widening achievement gap, especially for minority students.

“We were very disappointed in the widening achievement gap that we see for minorities, particularly for African American students in the state,” she says. “This is an area that is going to require some very special attention both at the school district level as well and at the state level, because our current performance level in this area is something that is just not acceptable.”

The numbers show that 32 percent of black students were proficient in communication arts, compared to 55 percent of all students. Both of those numbers drop by two points in the math category. Those numbers diverge further in science and social studies. Click HERE for the breakout.

“These are all our kids,” she says, “and serving them well is our first and most important responsibility.”

To see how a school or school district performed on the most recent MAP tests, visit the department’s website HERE.