The search continues for a little girl in Southeast Missouri’s Golden City. Twelve-year-old Adriaunna Horton was last seen going into a pickup truck Monday night at a park. 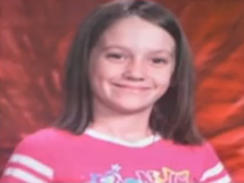 The driver of that truck, Bobby Bourne Junior, has been arrested and charged with kidnapping. Still no trace of Horton. Sergeant Mike Watson with the Highway Patrol says they’re focusing on any and all leads.

Horton’s father says Adriaunna Horton used to play with Bourne’s children. He says she was only half a block from home when she disappeared.

Bourne, 24, of Lockwood remains in the Barton County jail in lieu of $1 million bond. He was taken into custody after witnesses told authorities they had seen him pick Horton up at the park.

More than a dozen agencies are searching for Adriaunna Horton.

Adriaunna’s grandmother says she’s numb. Velma Horton told KOLR, “We are scared to death. We need all the help we can get, because I know, the longer she’s gone — I know how it’s gonna turn out.”

Adriaunna’s mother, Wendi Jackson, lives in Overland Park, Kan., and traveled to Golden City once she was informed her daughter went missing.

Velma Horton says Adriaunna would never take a ride from a stranger.

“She would not,” she says. “She doesn’t get in a vehicle and go anywhere. She would’ve said, ‘I have to get Grandma.”‘

At a vigil held Tuesday night for the missing 12-year-old, her uncle told ABC he is still hopeful she is alive, but fears the worst.