You are here: Home / Sports / Mike Shannon on the mend following heart surgery 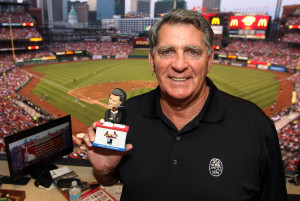 Longtime Cardinals announcer Mike Shannon underwent heart surgery on Monday to replace his aorta valve. The surgery was planned. Shannon released a statement through the Cardinals saying that he is recovering and doing well.

“I would like to thank everyone for their prayers, heartfelt well-wishes and kind words. It means a lot to me,” Shannon said. “I’m looking forward to getting back in the booth and back to the game I love.”

The Cardinals will continue to rotate broadcasters with John Rooney as Shannon recovers, who turned 74 in July.