According to a press release sent out by the Cole County Sheriff’s Office, Jose T. Benitez was killed in his jail cell July 16. The Sheriff’s Office reports it responded to the call at 4:28 p.m. after Benitez was found dead in his cell from an apparent assault by his cellmate. 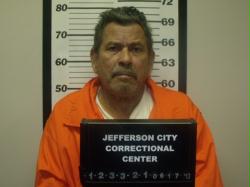 An autopsy will be performed to determine the exact cause of death.

The suspect for this crime is currently still being held at the prison. His name will not be released pending formal charges by the prosecutor’s office.

Benitez was serving a 25-year sentence for statutory sodomy. According to the Department of Corrections website, he had not served time for any other crimes.

Court documents of the crime, which happened in Joplin, are available HERE. Court papers indicate the girl Benitez victimized was five when the assault happened in 2010. She is now 9 years old. Benitez was her step great-grandfather. He was from Terra Bella, Calif.