Missouri’s newest Supreme Court Chief Justice is making specialty courts a priority during her term. She says Missouri is setting an example, and it’s working. 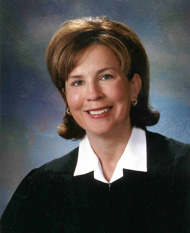 Supreme Court Chief Justice Mary Russell, who is the third woman to serve as Chief Justice in Missouri, says she’s open to ideas for more specialty courts, building on the success of drug courts and veterans’ courts throughout the state. Drug courts combine efforts of justice and treatment professionals to intervene and break the cycle of substance abuse, addiction, crime, delinquency, and child abuse. Russell says the state also has truancy courts, where judges volunteer to go to schools and talk to kids who have attendance problems.

She says the drug courts and the veterans courts need to be tailored to fit each community’s need, there’s not a one-size fits all approach. She says specialty courts have turned people’s lives around, and she first went to law school because she wanted to help people. Russell holds truancy courts at a Jefferson City elementary school, Lewis and Clark, to work with children who are having attendance problems. She says it’s her hope that such programs keep them from slipping through the cracks later on, or possibly even ending up in the penal system.

Russell has been newly elected to lead the Supreme Court bench of seven judges. She says her other priorities will be to expand e-filing to make our judicial system more efficient and to educate people about the state’s judicial system.

Russell says she’s open to ideas for any type of specialty court that can help people become productive members of society.