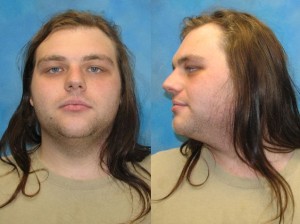 Bozarth was in jail awaiting trial in November on three counts of 1st degree statutory sodomy. In court documents, police say he molested two children under the age of nine.

Bozarth has a long history of crimes involving sex, drugs and violence: In July of 2005, Bozarth was convicted of sexual misconduct, sentenced to 15 days in jail, and ordered to register as a sex offender. Since then, he has pleaded guilty and was sentenced to 252 days for loitering near a school building. In June of 2007, he pleaded guilty for failing to register as a sex offender. He was sentenced to five days in jail, according to court records.

Authorities say there were only two people in the cell. Buchanan County Sheriff Mike Strong called the death suspicious. He would not comment on how Bozarth died. This is the first homicide in the county jail on Strong’s watch. He says the investigation is ongoing.