Survivors of a Prisoner of War camp near Krems, Austria during World War II will gather in St. Louis this week for a very special occasion.

A POW-MIA museum in Missouri will be the first of its kind in the United States… Veterans advocate Rich Heigert says the museum at Jefferson Barracks honors both prisoners of war as well as those missing in action. He says many items and mementoes from the encampment have been donated or loaned to the museum for education and display. 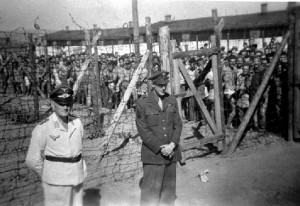 Heigert says there will also be a research room and library. The museum won’t be open to the public for several weeks, but the dedication hopes to honor some special guests who will be gathering for the last time — survivors from Stalag 17-B, World War II airmen who were captured from 1942 to 1945.

Heigert says the museum was the idea of POW Joseph Grohs of Festus, who got help from then Congressman Russ Carnahan (D-St. Louis) to make it happen. Both men will receive Founders Awards at the ceremony, slated to happen at Jefferson Barracks on Wednesday.

Survivors from Stalag 17-B have gathered annually since the liberation, but this will be their final gathering as their numbers rapidly decline each year and those still living are getting too feeble to travel.

Stalag 17B was situated just a few miles northwest of Krems, Austria, and was used from a concentration camp from 1938 until 1940, when the first war prisoners were brought there — French and Polish — followed by POWs from Italy, Russia and Yugoslavia. 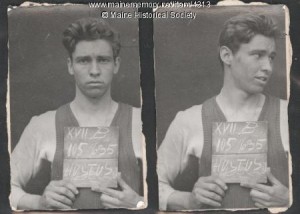 In October 1943, captured airmen from the American Army started arriving — 1,350 men. That number grew to 4,237 until the last days of war. It’s said the camp held nearly 30,000 prisoners from various nations throughout the war.

The Americans occupied five compounds, each built to accommodate 240 men, but sometimes holding as many as 4,000. The cabins were furnished with triple-decked beds, straw mattresses (see photo at bottom), and a coal-fired stove. Survivors say they often slept two to a bunk for added warmth.

The compound had a medical building, a gymnasium, a chapel and open-pit latrines.

The camp was surrounded by electric fencing and four watchtowers equipped with machine guns.

Despite being treated badly, sometimes even brutally, POWs say they depended on simple entertainment to get them through: card games, checkers, chess, books from the well-stocked library, and “radio programming” from a public address system through speakers in each barrack — WPBS provided scheduled programs of music and information.

Sgt. Alexander M. Haddon, who wanted to provide the men with accredited instruction to help them plan for post-war educational and vocational activities, was assisted by instructors to teach a variety of classes including math, English, foreign language, auto mechanics, law, photography and more.

Informal evening discussion groups taught journalism, farm management and livestock farming, and were directed by men who had had successful experience in the fields. 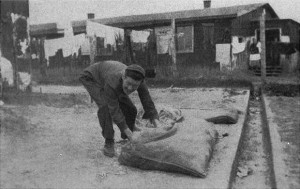 In April, 1945, 4,000 of the POWs at Stalag 17-B began an 18-day march of 281 miles to Braunau, Austria. The remaining 900 men were too ill to make the march and were left behind in the hospitals. These men were liberated on 9 May 1945 by the Russians. Guards patrolled the area and the woods surrounding the area, but no escape attempts were made because it was apparent that the liberation forces were in the immediate vicinity.

The camp was liberated in May, 1945. Six men of the 13th Armored Division arrived in three Jeeps and easily captured the remaining guards who numbered 205. Other units of the 13th Armored followed shortly and organized the evacuation of the PWs by C-47 to France.

Previous Post: « Who were the big winners in the NFL Draft? (Google Hangout)
Next Post: House names budget conferees »