Nathan Blecha suffocated in a St. Louis area daycare in 2007. His mother, Shelly, says she thought she was doing the best for her son, when she discovered there were many more children at the center than she was told. 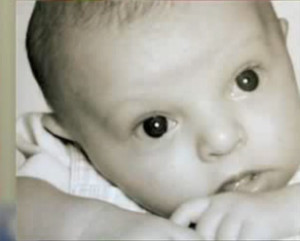 Currently, Missouri law allows in-home daycares that are not licensed to have four or fewer children in their care who are not related to them. However, that means they can have an infinite number of children who are related to them in the home. Nathan’s Law seeks to set a four-child maximum with no exceptions.

She tells a House committee that she thought she did all of her homework, but that wasn’t good enough. Follow up reports indicate the home had as many as a dozen children at a time under the care of just one woman.

AUDIO: Shelly Blecha gives emotional testimony about the death of her infant son six years ago (4:25).

Nathan Blecha died from asphyxiation after he was laid down on his stomach on loose bedding. Shelly Blecha says current law now requires licensed daycares to lay children down on their backs, which would have saved her son’s life.

Chloe’s Law would require newborn screening requirements to include a critical congenital heart disease screening. There are two bills, one in the House and one in the Senate, which would require the Department of Health to implement the screening by use of pulse oximetry. A pulse oximeter is an inexpensive device that is placed on the finger and gauges how much oxygen is in the blood. 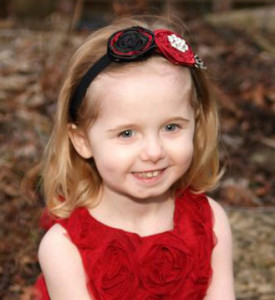 Chloe Manz, who is now four years old, still suffers from heart problems, but is lucky to be alive.

Kelly Manz says it was a mother’s intuition that made her question the nursing staff after Chloe was born.

“I felt like something was wrong,” she says. “I can’t explain it. I just had a bad feeling. I mentioned it to the nurses and they reassured me everything was fine.”

Manz says she wouldn’t take no for an answer and Chloe be taken to the nursery for further observation. Her oxygen levels showed she was only getting about 60 percent. A healthy newborn should measure at 94 percent to 100 percent.

Rep. Dwight Scharnhorst (R-St. Louis) has been pushing for a bill that would help children like his grandson, Bryce. The legislation would give a tax credit to those who donate to organizations that offer scholarships for programs that treat children with autism. Scharnhorst’s grandson died from the disorder several years ago.

He says the state has a responsibility to help pay for them.

“Our Constitution promises a free public education to every child. It does not designate that this one will cost more than that or this one will cost less,” he tells a House Committee. “It says a free public education, and we are not delivering it. We’re actually violating the Constitution of our state right now by not putting these children where they can be educated.”

House Speaker Tim Jones (R-Eureka) has indicated he would like to see the bill clear the chamber this year.