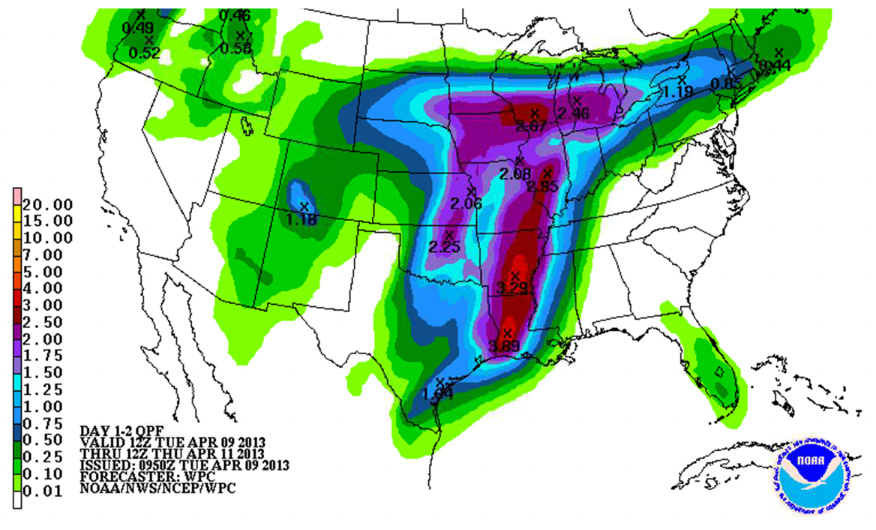 He says the storm is on the tail of a cold front that’s causing a great variance in Midwest weather conditions.

“There is a very strong cold front out there right now, and that front as it sweeps through will trigger thunderstorms along and behind it,” Bailey says. “Just to give you an idea of how strong that cold front is, temps right now in KC are in the upper sixties to low seventies; temps are in the teens in central Nebraska.”

Two inches to three inches of rain is possible throughout the state. Hail is probable and straight line winds are possible. There is only about a 3 percent to 5 percent chance for tornadoes.

Bailey says the timing of the storm is difficult to predict, but that western portions of the state could start seeing precipitation early this evening, with chances for storms eastward closer to midnight or even later. Storms are expected to continue throughout the night and into tomorrow.