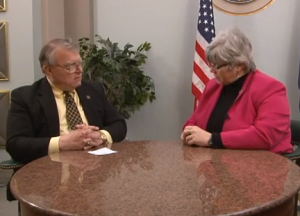 This month, Missouri Legislative Update highlights measures the General Assembly sent to the governor’s desk dealing with tax credits and economic development. The update also looks at various bills moving through both chambers during the first half of the 2013 session. Missourinet’s Bob Priddy sits down with Rep. Todd Richardson, R-Poplar Bluff, and Sen. Gina Walsh, D-Bellefontaine Neighbors.

Previous Post: « Missouri gets a spring cleaning during its annual ‘No More Trash! Bash’ (AUDIO)
Next Post: Highway Patrol offers Spring safety tips to motorists as the weather gets warmer (AUDIO) »