The State Division of Tourism is changing its marketing strategy to draw more visitors to Missouri.

State Tourism Director Katie Steele Danner says Missouri is a top 15 state for tourism, but has been a top ten state in years past. She says market surveys show that when people are planning their travel options in the spring, many are skipping over the Show Me State. She says Missouri has marketed itself as being relaxed, homey, traditional and charming … but that’s not what motivates people to travel.

Steele Danner tells legislators a new ad campaign that begins in April showcases Missouri’s arts, culture, sports, theme parks, fishing, wineries … even diving. She says April is when most families start narrowing the places of where to spend the next family vacation, and she wants Missouri to be on that list. Missouri is very competitive with neighboring states, even though it has less funding for tourism, she says.

The Division of Tourism, part of the Department of Economic Development, reports Missouri brought in $462 million for the state’s general revenue fund in fiscal year 2012, which was just more than the projected amount.

Economic Development says tourism is an $11.2 billion industry in Missouri, a state of 6 million people who welcome 36 million visitors each year. Steele Danner says Missouri brings in more than $3 for every dollar spent on marketing. 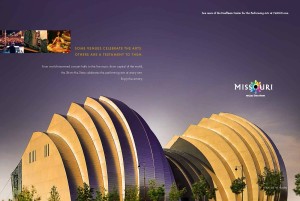 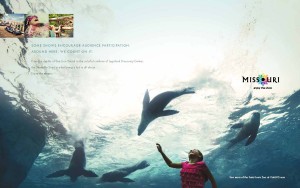 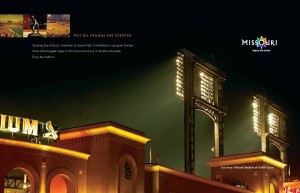 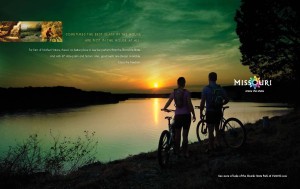