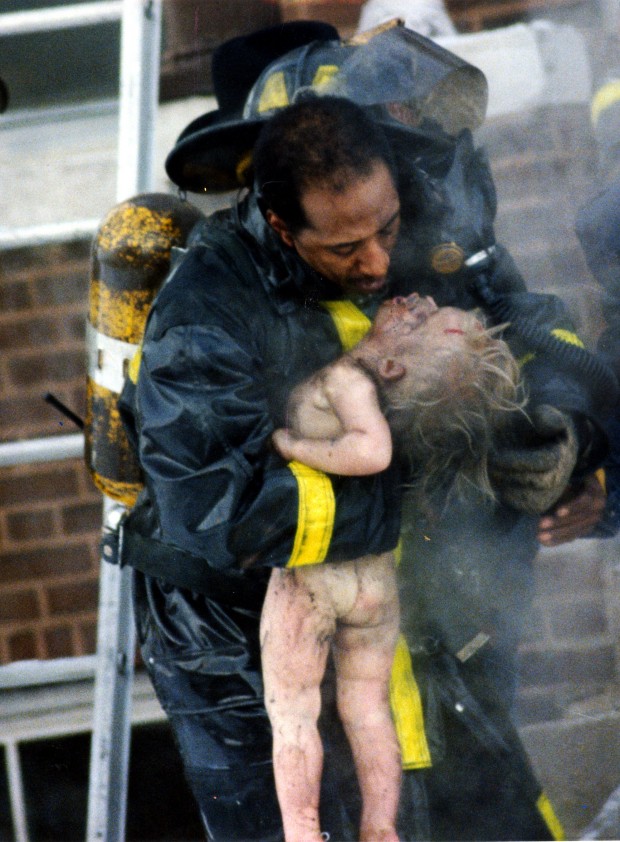 Adam Long has been installed as the University City Fire Chief.

Long is a former St. Louis firefighter who was the subject of a 1989 Pulitizer Prize winning photograph shot by freelance photographer Ron Olshwanger.

Long says he is still humbled by the photo, which shows him giving mouth-to-mouth resuscitation to an unresponsive 2-year-old girl, Patricia Pettus, as he rushes her from a burning apartment in St. Louis. Despite his heroic efforts, Pettus later died at St. Louis Children’s Hospital. The photo, which ran in the Post-Dispatch the day after the fire, won the Pulitzer Prize for spot news photography in 1989.

Long received a Medal of Honor for his efforts, but told The St. Louis Post Dispatch he didn’t feel very heroic.

“For about a year, I second-guessed myself: ‘Did you really do all that you could have done?'” Long said. He says to him, she is the hero because more than 20 years later, “people are going out and buying smoke detectors because of what they see in that photo.”

Previous Post: « House sends budget proposal to the Senate
Next Post: Despite tougher laws, ‘smurfing’ continues to be a problem in Missouri (AUDIO) »