There have been some power outtages reported in rural parts of the state, but the state’s largest utility provider, Ameren Missouri, says the outlook is good for now. Spokesman Senior of Technical Services Kevin Anders says about 1,5oo linemen are on call to and ready to deploy if necessary. 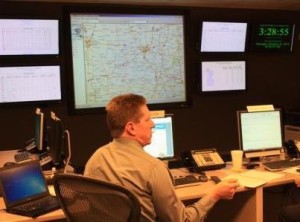 Anders says the Southern part of the state is most at risk since ice accumulation is expected to be worse there. He says tree branches snapping and falling on lines because of ice and wind is the biggest concern. However, as of now, only 11 of the utility’s 1.2 million customers in Missouri have lost power.

He urges customers to “Please call us, don’t just assume that we already know about an outtage,” if the lights go out. That number is 800.552.7583.

Anders also cautions residents to stay away from downed power lines; always assume they are live. He says it’s also a good idea to have a weather radio, flashlight and canned goods on hand in case your power goes out.