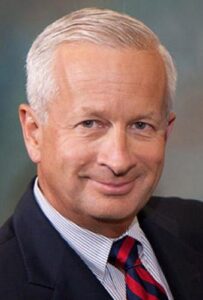 Brunner is still busy in politics, but his focus now is on supporting others. He says there are people like state lawmakers, people who lost in the last election and those looking at getting into politics that need inspiration and guidance, which he believes he can offer.

But, he calls the political system “broken,” saying it works against the success of anyone but career politicians.

“It takes so many resources to be able to run an effective campaign, so if you are not full-time in politics spending a whole career building your name I.D., using other people’s money campaign after campaign after campaign, you’re locked out. On the other reverse, you find people who start in politics, spend their entire career and they leave multi-millionaires. That’s wrong as well.”

Still, Brunner says he believes people with backgrounds outside of politics need to get involved in their government.

“At any level, you’re going to have to find people that are willing to get involved and get engaged and see how you can help them, but I tell you … the money hurdle is very difficult and it makes me sick that that’s what’s preventing a lot of good people from getting involved in public office.”

Brunner lost the Republican nomination for Senate to Todd Akin, who went on to lose the Senate seat to incumbent Democrat Claire McCaskill. Brunner doesn’t say whether he thinks Akin’s controversial comments, including some about abortion, played a role in that outcome.

“I go back to the fundamentals. You have to be organized, you have to have a team, you have to pull people together and regrettably we didn’t have the organization and support in terms of our ability to get the ball across the goal line, and I think a lot of people have recognized that we can’t beat each other up in primaries if we plan to have any kind of victory in the general election.”

Brunner says he doesn’t know if he’ll run for anything again.