Police in Poplar Bluff say 5-year-old girl Abigail Bertholf has been found safe — her abductor has been arrested. 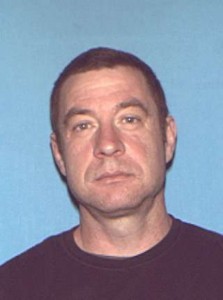 The little girl was found when officers pulled over a Nissan Pathfinder matching the description of the wanted abductor, 45-year-old Jeffrey D. Shelton.

Shelton is a registered sex offender. He was convicted of kidnapping and sexually assaulting a 12-year-old girl in Texas in 1990.

Police say Bertholf’s mother discovered her missing when she went to wake her up around 7 a.m. That’s when she called police. A nearby witness told authorities they had seen the child leaving the area of the home with Shelton, who lives about a mile away.

Bertholf nor her family knows Shelton, and police say it’s not yet clear what led him to the child or how he would have been able to get her out of the home.