You are here: Home / News / Cardinal great Ozzie selling off some of his baseball awards 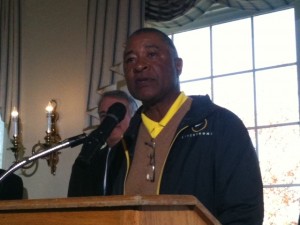 If you’re looking for a holiday gift for that hard to buy for Cardinals fan, here’s an idea. Hall of Famer Ozzie Smith is selling his 13 Gold Gloves, 11 of his All-Star Game rings and more than 100 pieces of memorabilia from his personal collection in a November online auction.  SCP Auctions of California, said in a news release that Smith has decided to sell his collection “as part of his estate and family planning.”

In addition, Smith is selling his 1989 Lou Gehrig Award plaque, his 1995 Roberto Clemente Award trophy, an inscribed Rawlings fielder’s glove that he wore in his final game, Cardinals National League championship rings from 1985 and 2004 and Cardinals World Series rings from 2006 and 2011.

Bidding on the Smith items will begin Nov. 14 and conclude Dec. 1