You are here: Home / Sports / Beltran comes up big in win over Nats 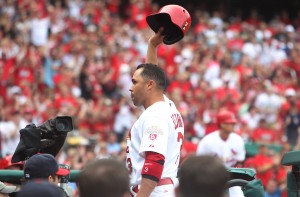 Carlos Beltran homered from both sides of the plate and drove in five runs, as the Cardinals closed in on the NL’s second wild-card spot by beating the Washington Nationals 10-4 Sunday.