You are here: Home / Health / Medicine / Professor: cancer breakthrough ‘close to putting a man on the moon’ (AUDIO)

Research done largely in St. Louis has uncovered a link between two types of cancer that could lead to better treatment of one, and eventually others. 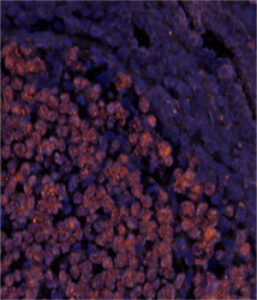 Scientists have known that breast cancer is not one disease, but the analysis is shedding light on the nature of differences between its forms. The findings join other evidence for the concept of cataloging tumors and treating them based on genetic disruptions rather than where they are found in the body.

Study co-leader Matthew Ellis, MD, PhD is a Professor of Medicine at the Siteman Cancer Center at Washington University. He says the work will prove to be very significant.

“We’ve never been able to do this before. This really is a breakthrough in cancer research that’s close to putting a man on the moon.”

The findings involve basal-like breast tumors that account for 10 percent of all breast cancers and disproportionately affect younger women and those who are African-American.

Read more on the findings in the journal Nature.

Ellis says the result could be treatments that are tailored more precisely and effectively to each form of breast cancer.

“There’s one drug we use in breast cancer that we don’t use in ovarian cancer called an anthracycline. This drug is actually a difficult drug to use from the patient’s perspective because it’s quite toxic, and on top of that it may cause heart damage and leukemia.  So if our relationship with ovarian cancer is true, then maybe we don’t actually need to use this drug to treat this particular form of breast cancer.”

“This sort of look across cancers has led to some very interesting hypotheses that could increase the cure rate, and perhaps also … the safety of the chemotherapy administration.” 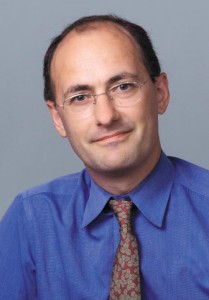 Ellis says using genome research information will allow for a sort of “designer research,” and that is where improvements in treatment will come from. “Instead of giving a sort of ‘one size fits all’ three drug combination, which is what’s been done for years, you really focus on the fact that these are different diseases and different biologies, and to address individual hypotheses that really stem from understanding where these diseases are coming from, massive improvements will be seen.

One of the next steps will be to put the findings in the hands of doctors, but not without some instruction to help them understand and utilize it. “We want to have a very rigorous research plan supported in part by the National Institutes of Health and in part by the pharmaceutical industry to come up with a much more structured, logical and in all likelihood, highly effective approach to improving breast cancer outcomes.”

The effort is part of The Cancer Genome Atlas project, involving leading genetic sequencing centers including The Genome Institute at Washington University. Ellis says a “huge amount” of the work is happening in St. Louis.  The other co-leader is Charles M. Perou, PhD at the University of North Carolina.