Bob Levine of Manchaster was Missouri’s at-large delegate at the Democratic National Convention in Charlotte. That’s where, apparently, a correspondant from The Daily Show on Comedy Central Caught up with him for the show’s parody newscast. The episode aired last night. 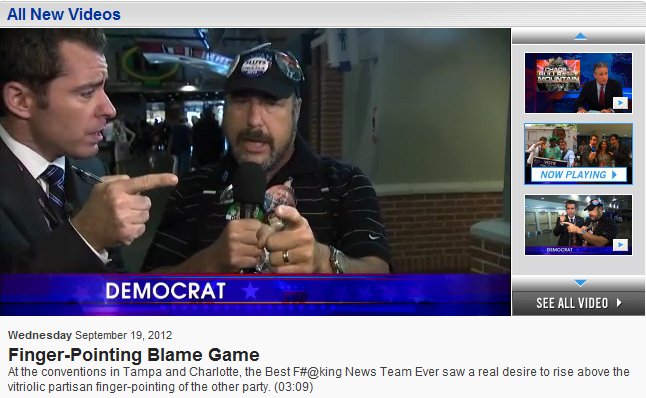 Levine is known as Button Bob for his button business. At the Democratic National Convention, he set up his table in the lobby of the Courtyard Marriott where the Missouri delegation and press stayed.

Levine is a member of the Democratic National Committee.

Click the image (above) to view the video on Comedy Central’s website. Levine comes in right at 13:50.

Previous Post: « Akin calls to suspend foreign aid to Egypt
Next Post: Arrest made in case of cats shot with arrows »