We still don’t know if voters will decide in November on whether interest caps should be placed on payday loans and short-term loans. A Cole County judge will take up the issue next month. Attorney Charles Hatfield is representing interveners in a payday loan initiative, saying the measure is shy by 272 signatures to qualify as a certified ballot measure. 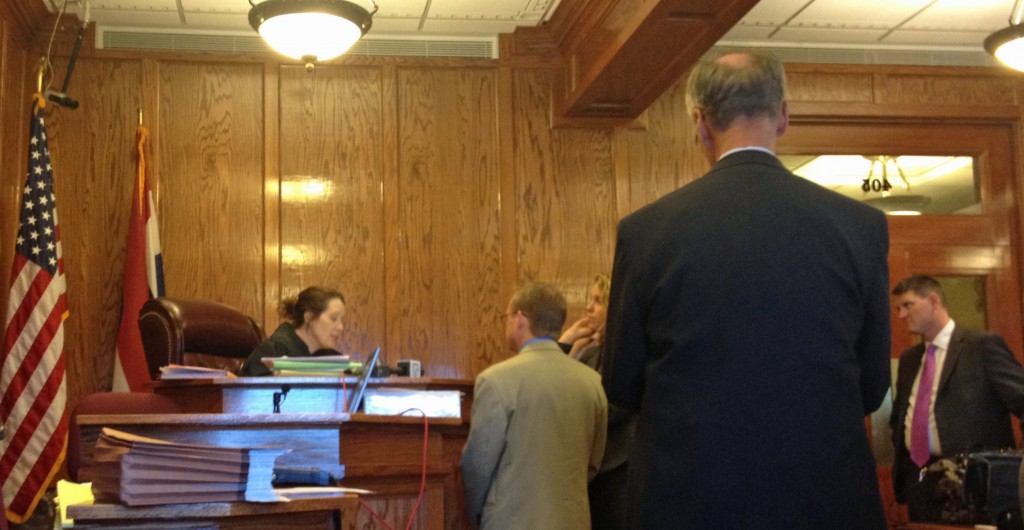 Time is not on their side and Circuit Judge Pat Joyce told lawyers on both sides of the issue Monday she had no room on her docket, and that they were welcome to go “judge shopping,” which landed them in Judge John Beetham’s office, where he told them he could give them Sept. 5 through 8. Joyce recused herself from the case in the interest of scheduling conflicts.

Hatfield says whatever decision comes out of that trial will lead to the plaintiff and defendents’ next move, which could be an appeal to the Western District Court of Appeals.

Hatfield also plans to bring to the court’s attention that for all other election purposes, Missouri Secretary of State Robin Carnahan is using eight Congressional Districts, as defined by the 2010 census, where Missouri lost a seat. However, he says that for this initiative, she is using nine.

He’ll be looking to have some signatures removed while the plaintiffs in the case will be trying to get them added. Proponents of the measure have counter-sued saying some valid signatures were not counted by county elections officials.

The initiative would cap annual interest on payday loans at 36 percent.

Another initiative that failed to receive enough signatures would increase the minimum wage in the state. That measure is expected to come before the court as well.

The Secretary of State’s Office says the statute relating to certifying the candidates for the general election ballots is section 115.401, RSMo; ballot certification must be done by our office on or by August 28th at 5 p.m.

Absentee and military ballots must be available 45 days before the general election. This year, that date is Sept. 22. Because the 22ndis a Saturday, it must be made available on the 21st. The statute relating to the sending of absentee/military ballots is section 115.281.3, RSMo.

The Secretary of State’s Office tells Missourinet there is no hard and fast deadline on when the ballots are to be printed between those two dates.

Previous Post: « Travel costs increase for Mizzou–SEC Quick Hits for 8/21
Next Post: Five Missouri GOP U. S. Senators to Akin: get out »