Dr. Travis Stork — host of the television show “The Doctors” — is heading up a nationwide campaign to get people to learn about asthma and allergies. He says common triggers are being overlooked. 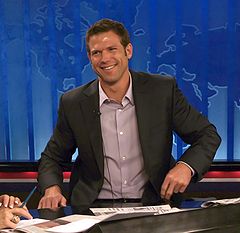 Stork believes helping patients feel empowered about their own health helps them make better decisions for living well. He’s joined the Asthma and Allergy Foundation of America in teaching people about allergic asthma, which affects 60 percent of Missourians with asthma.

Stork says the foundation has set up an online quiz at Athsma Express — it lets people figure out what their triggers are before going to talk to their doctor.

Stork says the most common violators, making allergic asthma sufferers have worse symptoms are cockroaches, pet dander from house pets and dust mites. The foundation says carpeting can be a catch-all for those substances, and urges those with allergic asthma to go with hard flooring. Stork says particulate air matter from pollution also inflames the lungs, so those who live in metro areas where pollution is more prevalent might have more problems than others.

The foundation and Stork are urging Missourians to go online and take the quiz, saying it’s a jumping off point for folks to talk to their doctors and get back to a normal standard of living. Stork tells patients that once they know the triggers, it’s something to think about and make better lifestyle choices for better living.