A horrific discovery in a Kansas City apartment has led Ray Read to learn about what advocates call a “target child.”

A 32-pound 10-year-old Kansas City girl rescued from a life of torture and abuse in a closet remains hospitalized as her mother is facing multiple chargesfor causing severe physical and emotional harm, but it appears not to her other two daughters-in the home. CASA’s Lois Rice tell us the phenomenon of a “target child” is not as unusual as you may think. And Rice points out while the other two children may appear unscathed; they aren’t.

An anonymous tip led to the children’s rescue.

Prince’s two other children were reportedly well-groomed, well-cared for and well-fed.

Coppage added she was shocked to know the third child even existed.

“I thought she was a good mother because her other two kids were clean, were always combed, never seemed hungry or anything of that nature,” Coppage said.

The girl told police she was rarely let out of the closet, wasn’t fed on a daily basis, and was kept in the closet, which authorities say was filled with her own waste.

Rice calls the case “heartbreaking,” and “beyond the word awful.” She says a target child sometimes reminds the abuser of someone they don’t have a positive connection with.

“We are aware of other cases where children have been instructed to withhold food from the target child,” she said. “To refuse to include the target child in other family activities. Well that is abuse to those children as well.”

Rice says child abuse cases have gone up 30 percent in the Kansas City metro area since 2008. 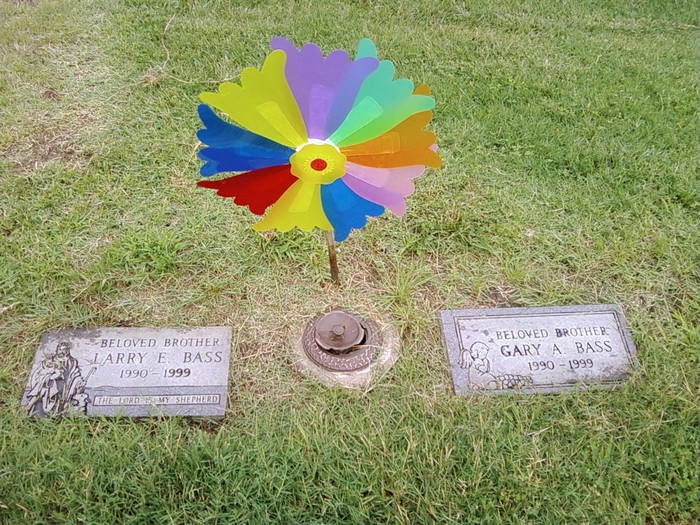 The case brings to light another Kansas City abuse crime in the death of Gary and Larry Bass in 1999. Gary and Larry were two out of a set of 8-year-old triplets who died from infected burns and malnutrition. Larry was found dead in the home wearing nothing but socks; Gary was hospitialized with sever burns to his extremities and died in the hospital shortly after being admitted.

Mary Bass, who had two older children in addition to the triplets, is serving multiple life sentences.

At the time of his death, Larry was nearly four feet tall but weighed less than 30 pounds.

Capt. Darryl Forte said, “He was just a skeleton covered with skin. He looked mumified. It was like famine you ould see in a Third World country. He basically died a slow death.”

Mary’s third triplet, Jerry, and a 12-year-old daughter and a 10-year-old son survived and were put into foster care. None of them were harmed, but now say they learned how to “lay low” and not attract her beatings. They also remember scouring the trash for food.

Bass told authorities she was punishing Gary and Larry by putting their feet in scalding hot water, locking them in a room and depriving them of food for two week inervals.