A Kansas City woman has been charged with child abuse and assault after her 10-year-old daughter was found locked in a closet.

Police say the girl weighed only 32 pounds, less than half of what a girl her age should weigh. They had to use knives to cut shoelaces or ropes that kept the door closed.

Court records indicate the girl had gained only six pounds in six years since she was treated at a Kansas City hospital.

Investigators say a child abuse hotline tip led officers to the house.  Two other daughters, two and eight years old, have been placed in state custody. The boyfriend of the mother is not the father of the girl found in a closet, but is the father of the two younger children who neighbors described as, “if anything, spoiled.” Neighbors say they’re shocked to even know there was a third child in the home. 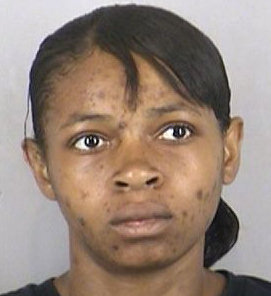 The 29-year-old mother, Jacole Prince told officials the girl kept getting into trouble because she “kept peeing herself.” She also said she never took the girl out in public because the child was malnourished, which would get her in trouble.

According to The Kansas City Star, authorities say Prince was emotionless when she appeared in Jackson County Court. The little girl, on the other hand, was very sweet, even trying to keep a smile on her face throughout the questioning. They say she seemed “very eager to please everyone.”

All three children of the home remain in protective custody. The malnourished girl is at Mercy Hospital in Kansas City; her condition has not been made public at this time.