The state’s No Call Law now includes cell phones. Governor Nixon signed the bill into law today. Attorney General Chris Koster says when he travels throughout the state, it’s the public’s number one question: “When can I put my cell phone on the no call list?” 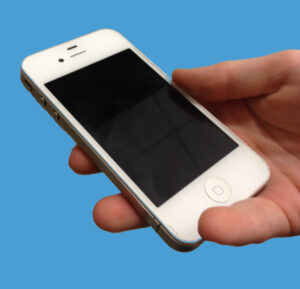 “The answer is, today,” Koster says. “Unwanted calls and text messages to cell phones are particularly irksome, because cell phone users have to pay for incoming calls and texts.”

“Wherever I go in this state, I’m asked one question more than any other … ‘When can I put my cell phone on the no call list?’ The answer is, today,” Koster said, as Gov. Jay Nixon signed House Bill 1549 into law. “Unwanted calls and text messages to cell phones are particularly irksome,” Koster said, “because cell phone users have to pay for incoming calls and texts.”

Koster said the expanded law covers only cell phones primarily used for personal and family calls. Cell phones that are used primarily for business are not covered. However, since people port their numbers when they change service providers, or keep their same number after moving, all area codes are covered if you’re a Missouri resident.

The no call registry is updated quarterly. Those who add their mobile numbers to the list by July 31 will be covered starting Oct. 1. Anyone signing up after July 31, but before Nov. 1 will be covered Jan. 1.

More than 1.8 million Missouri households are currently on the no call registry for residential phones.

“Over the past 12 years, Missouri’s No Call Law has been highly successful and a model for other states,” Nixon said. “This is largely because of aggressive enforcement during that time by the Attorney General’s Office, and because of the active participation of Missourians who have registered for the No Call list and who readily report violations of the law. Today we reach another milestone in protecting Missouri consumers, as we expand the No Call Law to include telemarketing calls and text messages to cell phones. It is truly a great day for consumers in Missouri.”

Nixon was Missouri’s Attorney General when the No Call Law was passed in 2000.

“Twelve years ago, it would have been hard to imagine someone giving up their landline and using only a cell phone,” Nixon says. “But today, cell phones — with their ability for making calls, sending text messages, and accessing the Internet – have become the standard means of communication. Many Missourians no longer have a landline, and a cell phone has become their only number. That’s why Missouri’s No Call Law needed to catch up.”

For more information about the Missouri No Call Law, go www.MO.gov.