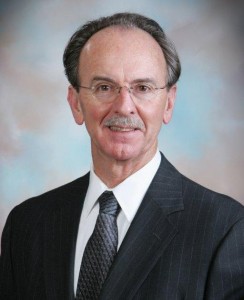 “Steve Stoll has decades of experience in state, county and local government that will make him an invaluable member of the Public Service Commission,” Nixon said in a press release. “Steve has focused his career on helping move his community and our state forward, and I know he will be a fair, responsible and effective utility regulator for Missouri.  He will help ensure that Missouri families, businesses and communities have access to affordable, abundant and reliable utilities.”

Prior to serving as Jefferson County’s director of administration from May 2009 to December 2011, Stoll was city administrator for the City of Festus from January 2005 to April 2009.  From 1999 to 2005, Stoll represented Jefferson County in the Missouri Senate.  From 1993 to 1999, he represented District 103 in the Missouri House of Representatives.

Stoll previously served as a city councilman and mayor pro tem of Crystal City, and on the Crystal City Library Board.  He has been a member of the Missouri City/County Management Association since 2005.

Earlier in his career, Stoll was a teacher in Festus and Hillsboro for 20 years, first at the fifth-grade level.  He later taught high school American history, social studies and other subjects.  A veteran of the U.S. Army, Stoll remains active with American Legion Post 253 in Festus.

The five-member Public Service Commission is responsible for deciding utility cases brought before it and for the promulgation and enforcement of administrative rules. The PSC conducts hearings in contested cases and renders decisions in a timely manner to afford all parties procedural and substantive due process and to comply with statutory time limits. The PSC also regulates the mobile home, modular unit and recreational vehicle industries to ensure compliance with uniform manufacturer and dealer standards established for the protection of the consumer.