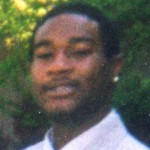 Medical records given to the family of a St. Louis jail inmate who collapsed in his cell and soon died show a doctor had told the jail staff to send the man to a hospital immediately — an hour before he collapsed.

The family of inmate Courtland Lucas has filed a wrongful death lawsuit against the private company that provides medical care for inmates. Lucas was 31 when he died in custody because of a heart problem.

Previous Post: « Bunker man gets 25 years for shooting man who tried to talk him out of suicide
Next Post: KC sells vacant school buildings to developer »