Armadillos have been creeping North in Missouri and their only predators are cars. However, the Department of Conservation says they’re not a threat, and their numbers aren’t expected to get out of control. 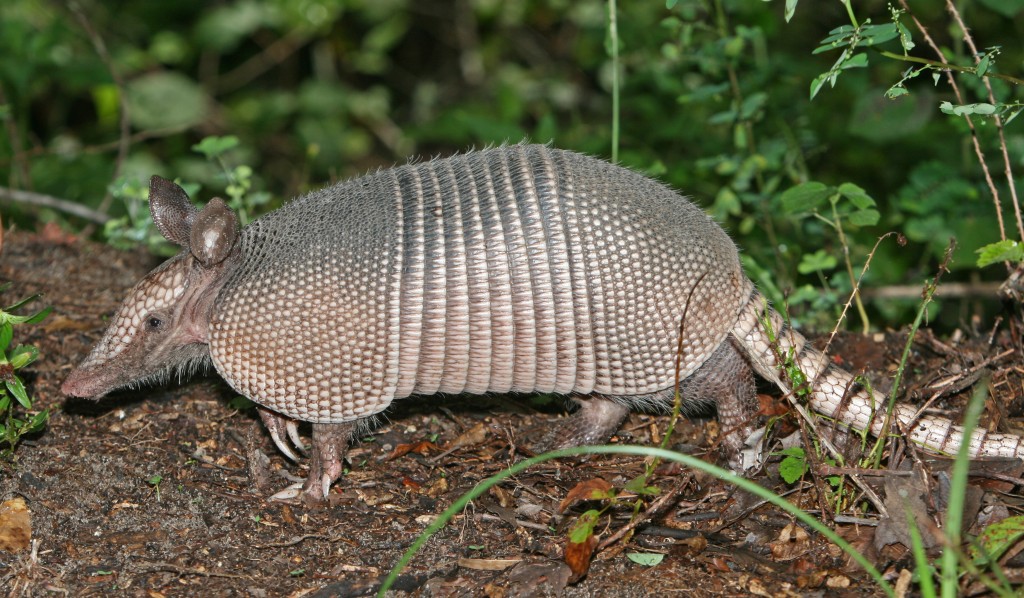 They’re odd little creatures, akin to sloths and anteaters. Possum on the half shell, some Missourians like to call them. The nine-banded armadillo has actually been living in the Show-Me State longer than you might think. Debbie Fantz is a resource scientist with the Department of Conservation. She says they started arriving in Southwest Missouri in the late ’70s and early ’80s. One reason they are being spotted farther north this year could be because their numbers in Missouri depends on how harsh the winters are. They didn’t battle an especially brutal this winter this year, so their numbers are likely up for the season.

They don’t have much body fat and they don’t hibernate, Fantz says. The nine-banded armadillo is the only variety in the U.S., 20 others live in Latin America, where people say they taste like pork. However, Fantz says she wouldn’t know. She says she’s dissected a few and has no desire to find out what they taste like.

Armadillos can be a nuicance as they dig in people’s gardens for bugs to eat. Fantz says if that’s a problem, you can call your local Conservation agent, who will come out and help you get rid of the little armored one.

She says they have no problem crossing waterways to get where they want to go. They can either swim across the surface — doggie paddle style — or hold their breath and walk across the bottom. When they need to float, they gulp air into their intestines to make them more buoyant.