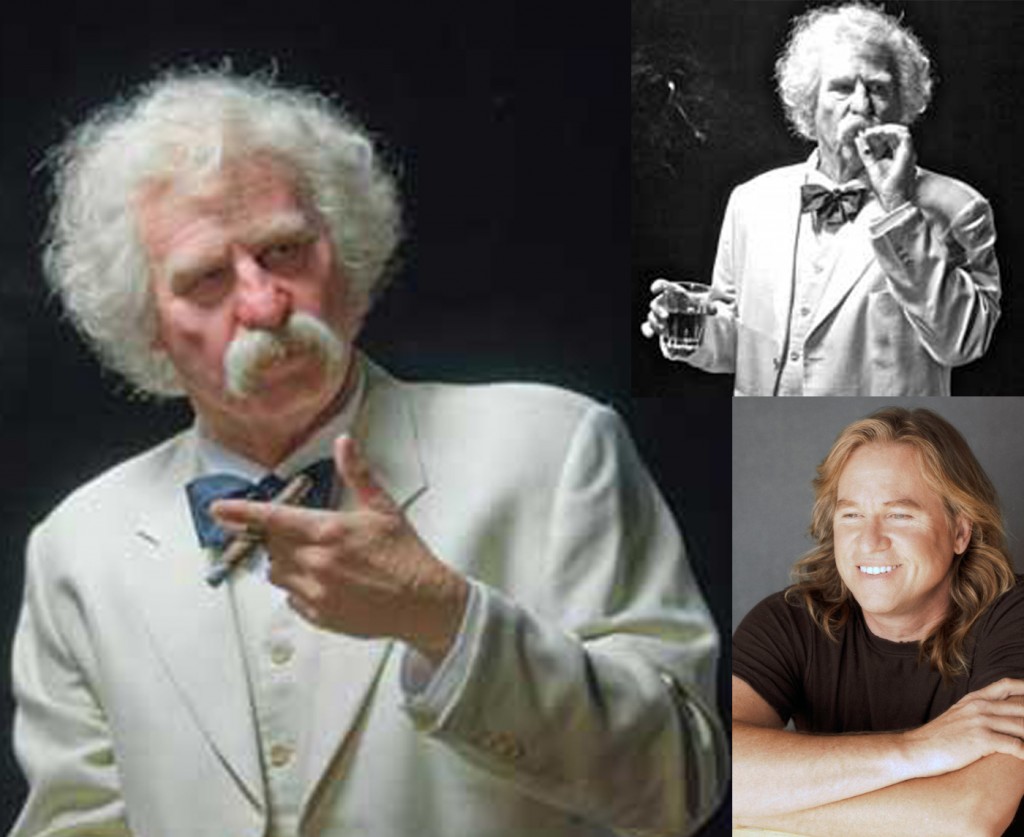 Kilmer has been in more than 60 movies and has played everything from Jim Morrison to Doc Holliday. He says playing Mark Twain is different than any role he’s ever taken on. The one-man play at William Woods College Tuesday is helping him develop his character for a movie he’s been working on for about eight years now.

“It’s attributed to him that he said, ‘I’m not an American, I’m the American,” Kilmer says. “And when you first hear that it sounds so grand and pretentious, but then when you get involved in his life, and the real life where he made so many crazy moves as a businessman, just so antithetical to his understanding spirit as a writer, that you see this kind of split personality going on that’s very similar to the United States.”

He says Twain was very clever in pulling in his readers and then then delivering a powerful message.

Twain had a way of building a character for his readers, “And then once you trust, ‘Oh know who that guy is, oh yeah that’s the drunk, that’s the town drunk, or that’s the slave and he believes in magic so he’s kind of dumb or somthing,’ and then he puts into the mouth of that river rat Huck Finn, the most profound, important thoughts about humankind, the kind of thoughts that really matter.”

Kilmer says he’s spent a lot of time in Missouri, mostly in the St. Louis area, but will take his first trip to Hannibal this week to visit Twain’s boyhood home. He says Twain’s vision of America was a simple one that still resounds with audiences.

“The every day working man, he really understood everything about our country, what it means to be an American and he didn’t ever look outside of that for inspiration. It was plenty to just walk down the street,” he says. “And so that real love that is who he is about all mankind led, I think, to these great realizations and summations and simple but brilliant sentences. He’s a master satirist. I don’t think we’ve got a greater one still today. So of course if you put his lazer, x-ray vision on politics — he said stuff a hundred years ago that’s just as hilarious and true today.”

“Citizen Twain” is on stage tomorrow night at William Woods in Fulton.

Previous Post: « Blues’ Hitchcock up for coach of the year
Next Post: Quick start puts Blues in 2-0 series hole »