Former police Sergeant Larry J. Davis has pleaded guilty  to diverting seized packages containing marijuana for distribution and sale, according to the United States Attorney’s Office. The charges say Davis took 60 to 80 kilograms and intended to sell it. 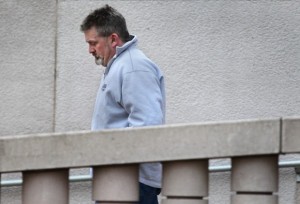 Davis has resigned. He was suspended in January, when the investigation began; his brother Linus pleaded not guilty to the same crime in January, but later changed his plea to guilty in March.

According to court documents, Larry Davis was assigned as a supervisory Sergeant to the Central Patrol Division-Special Operations Group responsible for conducting investigations into illegal gang activities and illegal drug distribution. Larry Davis has admitted that between October 2010 and January 2012, he visited various package delivery company branch facilities in St. Louis in his official capacity as a police officer and seized packages which were suspected of containing marijuana. Instead of taking the seized packages to the Police Department or to the Police Laboratory and unbeknownst to the package delivery companies, Larry Davis took the seized packages to his personal residence on Eichelberger in the City of St. Louis, or to his co-defendant, Linus Davis’ residence in St. Louis County.

Larry and Linus Davis opened the packages and removed the concealed marijuana, which they later sold and distributed for their own personal gain. In order to conceal his criminal conduct, Larry Davis failed to submit police reports regarding the package seizures. As part of their guilty pleas, the brothers have agreed to the forfeiture of two vehicles used in their conspiracy, as well as cash seized during the execution of a search warrant at Larry Davis’ residence.

Both face up to five years in prison.

Each count carries a maximum penalty of five years in prison. In determining the actual sentences, a Judge is required to consider the U.S. Sentencing Guidelines, which provide recommended sentencing ranges.

The investigation was led by the FBI Public Corruption Task Force.