A mother of triplets went missing last summer in Southeast Missouri … her husband is now charged with first-degree murder.

Clay Waller has been charged with first-degree murder in connection to the disappearance of Jacque Sue Waller, who was last seen leaving Clay’s house June first. Her car was later found abandoned on Interstate 55 near the Fruitland exit.

The Cape Girardeau County prosecutor says he will not seek the death penalty.

Clay Waller is serving a five-year prison sentence in Louisana on an unrelated crime. He pleaded guilty in October 2011 to posting threats online saying he wanted to kill Jacque’s sister, who has been watching the children. He is being held on a $1 million bond.

Jacque Waller, 39, still has not been found.

At present, Clay Waller is serving a five-year prison sentence in Louisiana unrelated to Jacque’s disappearance.

The murder charges say that Waller killed his wife “by unknown means” after deliberation; he’s also charged with tampering with evidence for concealing the body. 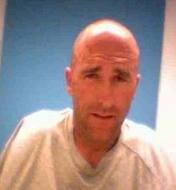 “There is a bit of relief in knowing that charges have been brought against Clay Waller,” Stan Rawson, Jacque’s father, stated in a release. “Perhaps he will finally feel compelled to reveal the location of our daughter and sibling, mother and friend, Jacque Waller.”

The Southeast Missourian reports that Clay Waller’s lawyer, Scott Reynolds, said he was aware of the charges Monday morning, and was not prepared to comment yet, but that “Clay has always maintained his innocence.”

Jacque Waller’s family the Wallers had met with an attorney about getting a divorce the day she disappeared.

Other details pointed out by The Southeast Missourian: