Here’s the first look at Mizzou’s new football and men’s basketball uniforms. There will be 24 different color combinations and they were revealed to the estimated 15,000 fans at Mizzou’s annual black and gold game.

Mizzou’s offical colors are black and gold, but the new look includes anthracite and white as well as the two official colors.  Gone from the football helmet is the traditional “M” replaced by the oval tiger and a larger tiger head on a secondary helmet. Missourinet has learned there is also a third helmet, but that can’t be confirmed yet.

Pics from the field will be added shortly. 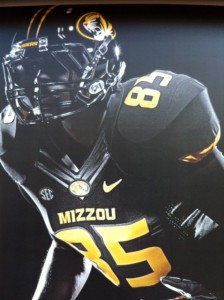 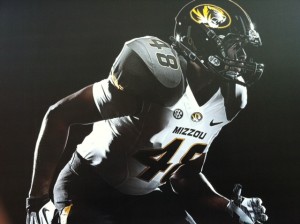 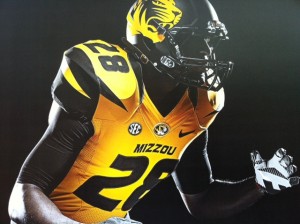