The Joplin City Council has decided not to re-elect the mayor who has served the city during the first year of its recovery from last May’s tornado. The council has voted 5-4 to replace Mayor Mike Woolston with mayor pro-tem Melodee Colbert-Kean. 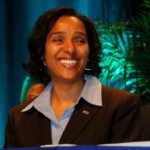 Colbert-Kean describes the mayor as a “figurehead” in a city manager form of city government. She’s the first African-American to serve in the position.