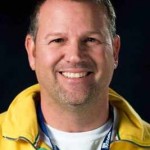 One of the brothers who co-owned the U.S. Fidelis warranty company has pleaded guilty to federal mail and wire fraud charges. He’s also admitted he filed false tax returns. In one year he did not list $13 million he received from the company.

His brother, Cory, still faces state and federal charges and is scheduled for trial in September.