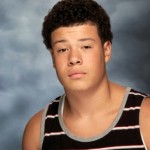 Columbia police are investigating the fatal shooting of a teenager by another teenager at a weekend party. Investigators say a 17-year-old boy has died at a hospital. A 15-year old boy is in custody.

Police report that the victim, Bryan Rankin of Columbia, was taken to the nearby Women’s and Children’s Hospital by private vehicle with a gunshot wound. The teen was later taken to University Hospital where he died overnight.