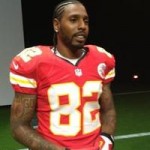 Nike won the rights to outfit the NFL from Reebok two years ago and when they held their fashion show (for lack of a better term) on Tuesday in New York, many fans were under the assumption that all NFL teams would start looking like the Oregon Ducks. Not the case. No radical changes, the NFL kept with their traditional looks on most teams, (except for Seattle). The Rams and Chiefs stick with their same colors with maybe just subtle changes to some of the teams.

The biggest changes were in the technology. The Nike uniforms have a tighter fit, with updated and in some cases different color shadings and visible sew lines.  The neck appears looser, but the fabric technology allows jerseys to stretch without going over as easily on a player’s shoulder pads on contact. 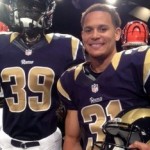