One of two men charged with kidnapping, raping, and murdering a nine-year old southwest Missouri girl has been found guilty. 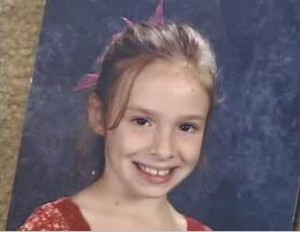 A jury has convicted Christopher Collings of first-degree murder in the death of Rowan Ford in 2007.

The girl was taken from her home in Stella, in southwest Missouri’s Newton County, raped and killed in Barry County. Her body was found in a cave in McDonald County.

A Platte County jury took about four hours to reach a guilty verdict.

Attorneys for Collings unsuccessfully pushed for a second-degree murder, which would taken the possibility of the death penalty off the table, but the jury’s decision means he could be sent to Death Row.

Prosecutors told the court that Collings raped Ford, and then along with Ford’s stepfather, David Spears, killed her and hid her body in Fox Cave. One week after Rowan went missing, her body was found in the sinkhole on a hunch by a sheriff’s deputy on his way to work.

Spears goes to trial in a few weeks in Pulaski County on a change of venue. He is also charged with first-degree murder.