Closing arguments were heard today in the sentencing hearing of Alyssa Bustamante, the now 18-year-old who strangled, stabbed and slit the throat of 9-year-old Elizabeth Olten before burying her in a shallow grave. 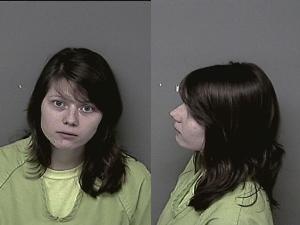 The prosecution urged Judge Pat Joyce to give Bustamante the maximum sentence for second-degree murder — life with the possibility of parole — and another 71 years for armed criminal action so every time she’s up for parole she can explain, “Because I robbed 71 years from Elizabeth Olten on Oct. 21, 2009.”

Bustamante’s defense painted the picture of a “severely disturbed child” who suffers from bipolar disorder, borderline personality disorder, post traumatic stress disorder and severe depression. The defense also pointed to a system they say failed her by not hospitalizing her before she hurt herself or someone else, calling attention to her long history of “cutting,” a fluctuating dosage of Prozac and a revolving door of therapists.

After two full days of testimony from family members, clinicians and psychiatrists, emotions ran high in the courtroom following the closing arguments. When prosecutor Mark Richardson said an excerpt from Bustamante’s journal, written days before the murder, stated ‘”I’m gonna murder someone” because of a phone issue,’ Bustamante’s grandmother, Karen Brooke, had heard enough. She sobbed, stood up and stormed from the courtroom. After Richardson finished his statements, Olten’s grandmother — Sandra Corn — said “I think Alyssa should get out of jail the day Elizabeth gets out of the grave!”

Bustamante, who has shown no emotion in the courtroom since being arrested in 2009, started crying before she was escorted back to her cell.

Judge Joyce will hand down a sentence at 8 a.m. on Wednesday.