The Supreme Court has struck down the new state senate maps … and has said Missouri’s congressional districts must also be redrawn. 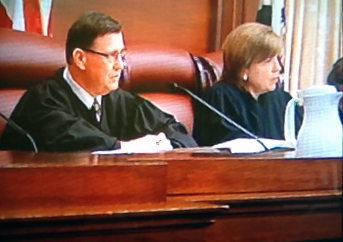 Attorney David Brown of Columbia challenged the Senate maps before the Supreme Court.

“We argued that the second map that was filed was not lawfully filed, that there was no authority or presedent to do it and that the first map was unconstitutional and the court agreed with us on both of those things,” he said. “It was the correct decision and we asked them for a quick decision and they did.”

Gov. Nixon must now restart the process and appoint a bipartisan citizens commission to redraw the districts a third time.

The Congressional districts were also challenged in Supreme Court. Attorney Gerry Greiman of St. Louis says that case will go back to the Cole County circuit court.

“It goes back to the circuit court,” Greiman says, “and the Supreme Court put the circuit court on a pretty tight timeline. The precedings need to be completed by Feb. 3 so that if the map needs to be redrawn by the General Assembly, it will have time to do that.”

The Supreme Court agrees with challengers that the new congressional districts violate the state constitution because they are not drawn compactly.

The 2010 census showed a population shift that resulted in the loss of a congressional seat in Missouri, leading legislators to come up with a map that lays out eight districts instead of nine.

At the heart of the issue are the state’s 5th and 3rd Congressional districts in Kansas City and St. Louis. Both districts comprise suburban parts of our metro cities while stretching toward the center of the state, well into decidely rural counties.

Lawyers contend that rural and urban needs cannot be properly represented by a single U.S. Representative.