A Carthage man accused of killing his 8-month-old son goes to trial this month. 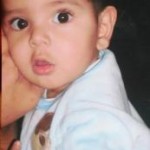 Jasper County Prosecutor Dean Dankelson says it’s been a long process of putting Eddie Salazar in front of a jury.

Salazar’s son, Eddie Jr., died Feb. 4 from a fractured skull. His body was found in the Spring River.

Authorities had initially issued an Amber Alert for the missing baby after his parents reported that masked men had entered the house and abducted him. 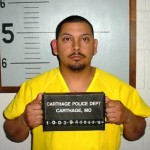 Eddie Salazar Sr. entered a plea of not guilty during an arraignment on a charge of second-degree murder in Associate Circuit Judge Richard Copeland’s courtroom in Joplin via a video link to the Jasper County Jail in Carthage, where he remains in custody.

Jury selection is scheduled for Feb. 3. Salazar’s attorney had asked the case be moved out of Jasper County due to media coverage, but a judge denied that motion.