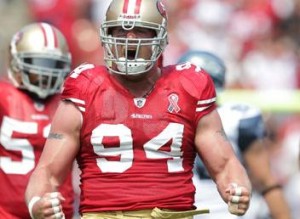 No Chiefs or Rams were voted into the Pro Bowl by fans, but former Mizzou Tiger and Jefferson City Jay Justin Smith of the 49ers was voted in as the NFC’s defensive tackle.   This season Smith has 50 tackles, 6.5 sacks and three forced fumbles for a defense that hasn’t allowed a rushing touchdown this season.

Aaron Rodgers of Green Bay led all vote getters with over almost 1.6 million votes. Tom Brady got the most votes in the AFC. Nine Packers and seven Baltimore Ravens represent the top teams.

NFL Pro Bowl rosters as voted on by fans: 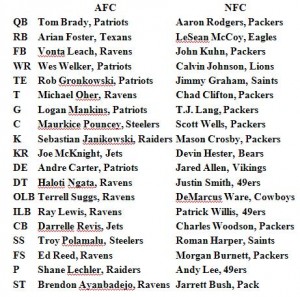