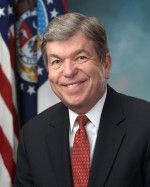 Senator Roy Blunt has won his bid for Vice Chairman of the Senate GOP Conference. He was elected by a secret ballot vote. The position is the fifth-ranking post in the party’s leadership.

Blunt served as Republican whip in the House for six years and briefly as majority leader.

Senator Claire McCaskill, a Democrat, congratulated her colleague saying his election to the Republican leadership post is “Good for Missouri and for the Senate.”