The Highway Patrol and Department of Transportation take pause to remember Missouri’s drunk driving victims, and remind motorists that holiday enforcement efforts are beginning. The Patrol and MoDOT were joined by the Mothers Against Drunk Driving and families of drunk driving victims.  A special Christmas tree was lit and ornament placed for each victim — 217 people last year. 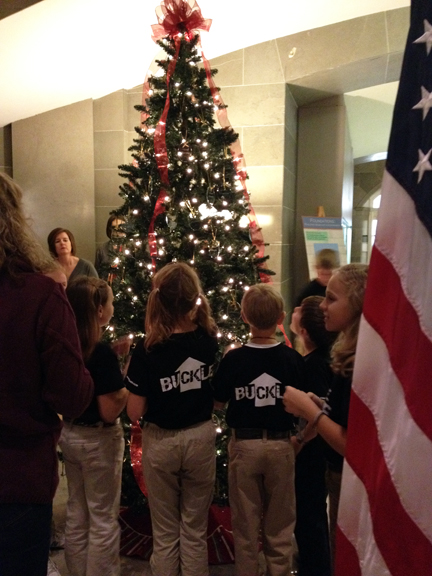 Richard Reed of Springfield recalls taking his son off of life support after he was hit head-on by a drunk driver. “I thought it would happen right away,” he says. “But it took about 15 minutes for his heart to quit beating”

He said it took about a year for the man who hit him to go to court and eventually prison. Reed says after he was released, he hit and killed his father while drinking. Reed says he prays for him to change.

The Reeds now advocate for other victims by lending a helping hand to law enforcement when sobriety checkpoints are under way. They take them water, hot dogs and other comfort items while they work to find and detain drunk drivers.

The Patrol reports it is seeing a positive trend in numbers … drunk driving crashes decreased by 14 percent in 2010 over the previous year.

Superintendent Ron Replogle says during holiday enforcement periods last year, there were 766 DWI, alcohol and drug arrests during the holiday periods last year. He says they will again continue the 10-, 15- and 20-mile trooper program to increase patrol’s visability.

He says there were 62 checkpoints in 2010; troopers checked more than 21,981; 242 people were arrested during checkpoints; which are funded by NTSB and MoDOT,

In partnership with the state and federal highway departments, the patrol is also active in “Filling the Void,” (victims of impaired driving).

“We’re one of only nine states who have this statewide program,” Replogle says, adding that the patrol provided assitance to more than 500 victims’ survivors.