The group working on corrections reform has zeroed in on a few key issues it wants the legislators to take up to save the state money and keep certain repeat offenders from going back to prison. 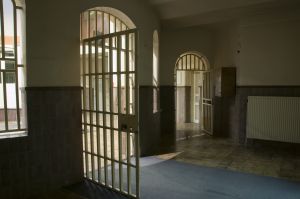 The Missouri Working Group on Sentencing and Corrections says the state’s corrections system accounts for $660 million of this year’s state budget … a cost that increases each year. The group comprises legislators, corrections officials, judges, law enforcement and prosecutors.

Kelley says reforming the system is a two-step process: the legislature will take up policy, and the Missouri Bar will rewrite the criminal code. The first part of that is expected to happen in 2012. Both are statutary revisions, Kelly says. The Bar will make its recommendations to the legislature.

The group is working with the Pew Research Center to see who is getting locked up and why. It’s looking at streamlining the adminstrative process, as well as more clearly defining punishment for offenses like probation and parole violation, failure to pay child support, and differentiating between drug users who are selling to support their own habit and those who are career criminals. It will submit a report to House and Senate leaders next month.

For instance, PEW says Missouri is one of the few states that still has a big disparity in sentencing for those who are caught selling crack cocaine, and those selling powder cocaine. Data shows that in Missouri, a defendant convicted of selling sex grams of crack faces the same prison term as someone who sells 450 grams of powder cocaine. The PEW Research Center says that’s a 75 to 1 ratio … the highest in the nation.

The group says focusing on back-to-work programs and drug courts should keep some repeat offenders from continually re-entering the prison system. Revocations for parole and probation violation and high incarceration rates for low-level drug and property offenses are at the center of that conversation.