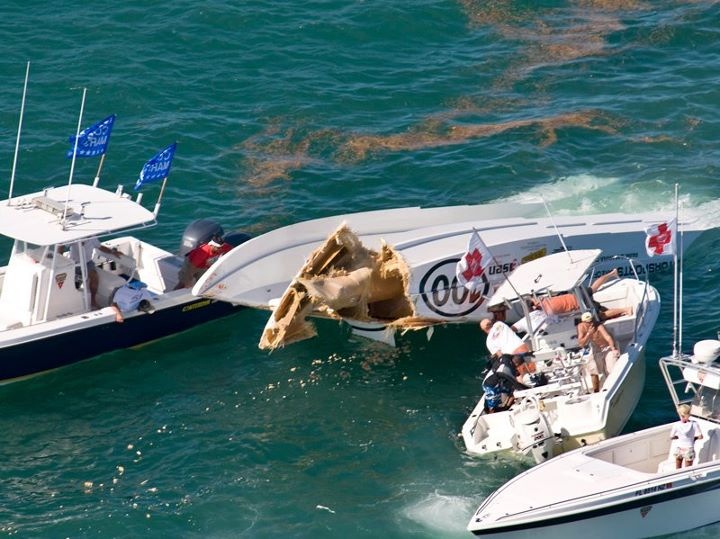 A Lake of the Ozarks powerboat competing in the world championships in Key West has overturned, killing two on board. Central Missouri’s “Big Thunder Marine,” a 46-foot catamaran powered by four 1,200 horsepower engines, was on its third lap when it flipped several times in Key West Harbor. Bob Morgan, of Sunrise Beach, and Jeffrey Tillman, of Kaiser, were piloting the boat … they were both killed in the accident.