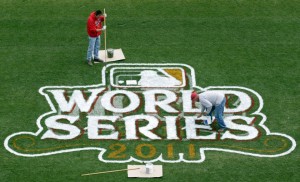 Game one of the World Series. I took questions off Twitter (where you can follow me at Missourisports) and answered them as best as I can as we get primed for this series between the Cardinals and Rangers.

Some of the questions answered…Which team scores 15 runs at Busch Stadium? Which players will be a series changers? Pujols, Freese? You’ll be surprised who I think could be a big game changer for the Cardinals. Is Matt Holliday the next Scott Rolen? He could be.

Of course I give my predictions on how this series will go. I want to hear from you…Answer our newly created sports poll.